Mayor Of The Municipality Of Sabana Grande Indicted For Conversion Of Federal Funds, Fraud, And Money Laundering

SAN JUAN, Puerto Rico– Miguel G. Ortiz-Vélez, a.k.a. “Papín”, mayor of the municipality of Sabana Grande has been indicted and arrested for his participation in a conspiracy to steal federal funds involving fraudulently obtained contracts from the PR Department of Education (PR DOE), announced U.S. Attorney Rosa Emilia Rodríguez-Vélez of the District of Puerto Rico. In a separate unrelated indictment, Victor Cruz-Quintero, former Director of Finance, and Ángel Santos-García, former interim Director of Finance of the Municipality of Toa Baja were charged with theft, conversion, and misappropriation of funds from the US Departments of Housing and Urban Development and Health and Human Services. The United States Department of Education, Office of Inspector General, and the Federal Bureau of Investigation are handling the Sabana Grande investigation. The Federal Bureau of Investigation, the United States Department of Housing and Urban Development, Office of Inspector General, and the United States Department of Health and Human Services, Office of Inspector General, are handling the Toa Baja investigation, with the collaboration of the PR Comptroller’s Office.

The indictment charging Ortiz-Velez, returned on July 2, 2018 by a federal grand jury in the District of Puerto Rico, includes six counts: two counts for theft of government money and property, one count for conspiracy to commit wire and mail fraud, two substantive counts of mail fraud, and one count for money laundering. He is also facing forfeiture allegations and a potential money judgment of $2,904,920.00, the value of the two contracts fraudulently obtained from the PR DOE.

According to the indictment, the defendant conspired with Irving Riquel Torres-Rodríguez (who previously pled guilty in two different cases), and others, to engage in deceptive conduct designed to fraudulently obtain federal funds from the US Department of Education and Puerto Rico Department of Education. As part of the agreement, those federal funds would be distributed to: the Municipality of Sabana Grande; Administrative, Environmental and Sports Consultants Corp. (AESC); Torres-Rodríguez- who was the owner of AESC; and others.

Defendant Ortiz-Vélez used his position as Mayor of Sabana Grande to defraud the PR DOE and to fraudulently obtain federal funds as follows:

Ortiz-Vélez utilized his position as Mayor of Sabana Grande to obtain federal funds from the PR DOE based on material misrepresentations regarding the Municipality’s ability to perform the activities and the scope of the activities subject to the proposals. Ortiz-Vélez, as Mayor of Sabana Grande, subcontracted with AESC and Company F for the complete financing and administration of the projects without the knowledge or consent of the PR DOE. AESC then financed and administered the project for Company F, with an agreement that all profits would be split 40% for AESC and 60% for Company F.

During the period of this scheme, from in or about 2013 to in or about 2016, defendant Miguel G. Ortiz-Vélez received approximately $22,900 in cash contributions from AESC and Torres-Rodríguez.

The second indictment charges Victor Cruz-Quintero and Ángel Roberto Santos-García for, at different times, making unauthorized deposits and transfers of federal funds into the general account and payroll account of the Municipality of Toa Baja in order to pay the municipal payroll and to pay municipal contractors. 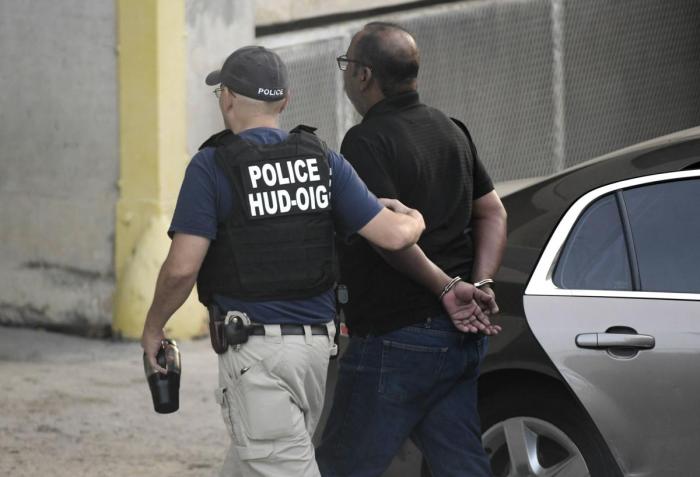 Get email updates on the latest OIG publications and news